Every spring I look forward to doing a snow climb to the summit of Taranaki Maunga. There's nothing like being up above the snow line the early morning in the crisp clear air and crunch of crampons on ice and snow. Every climb is different with changes in snow conditions, ice crystals and wind and cloud.

For this climb I decided to take the Kyber pass route up past Humphries castle crossing the very bottom of the lizard to get into the bottom of snow valley leaving a long continuous snow climb up the the crater and the summit. I left the North Egmont car park just before dawn. It was a calm clear morning with great views out of Taranaki as got above the bush line and up towards Humphries castle.  Above Humpries Castle the route winds through the moss slopes traversing across to the bottom of the lizard.  I always enjoy crossing this unique environment especially at this time of year when the wild flowers are coming out into flower.

From the bottom of the lizard I could drop off the ridge into the bottom tongue of snow from crater valley. As I stopped to put my crampons on I still had clear views out over Taranaki and up to the summit.  By the time I'd put my crampons the cloud had come in round the base of the mountain screening out the ring plain and the coast and was also swirling over the ridge above me giving me intermittent views of the summit.

The snow conditions were perfect, just firm enough to walk on easily with crampons without needing to kick steps. I made good progress up snow valley and then traversed across to the west eventually coming out on the ridge line above the turtle where I cleared the cloud again before taking a long traverse back across the top of Heberly ridge and into the crater. Unusually at this altitude here was virtually no wind and the air was pleasantly cool as I made the final pitch up on to the summit.

Amazingly, on a Sunday with great climbing conditions, there was no one else about. I was the first person on the summit for the day and didn't see any other climbers during the whole climb or even during the descent.  I don't think I've ever seen the mountain so quiet. It was a real privelege to be on the summit having the whole beautiful mountain to myself.

I had a good rest on the summit before descending back down crater and snow valleys. There was just enough snow to cross the lizard without needing to go onto the rocks. Then a quick run down snow valley following the last bit of snow to join the normal summit track just above Hongis valley.

This was one of the most enjoyable days I've spent on the mountain. 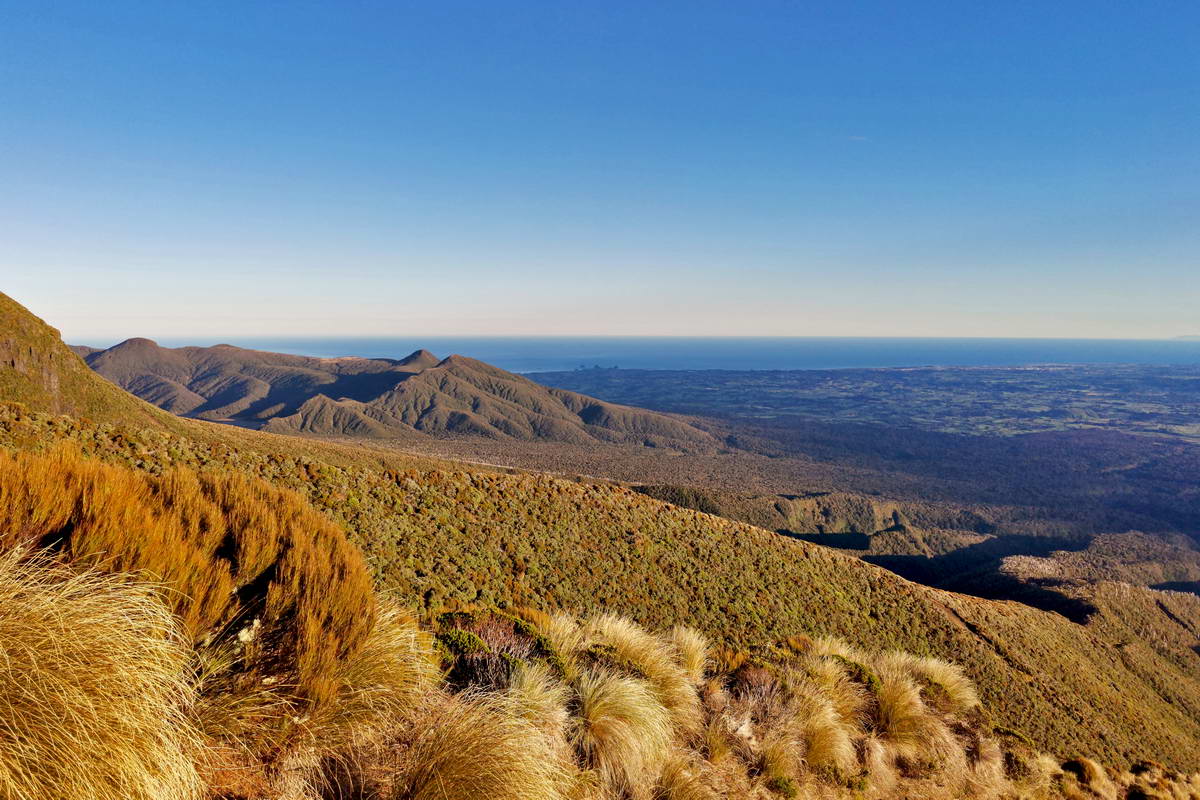 The view out over the Pouakais towards New Plymouth and the coast with the tussock lit up by the morning sun. 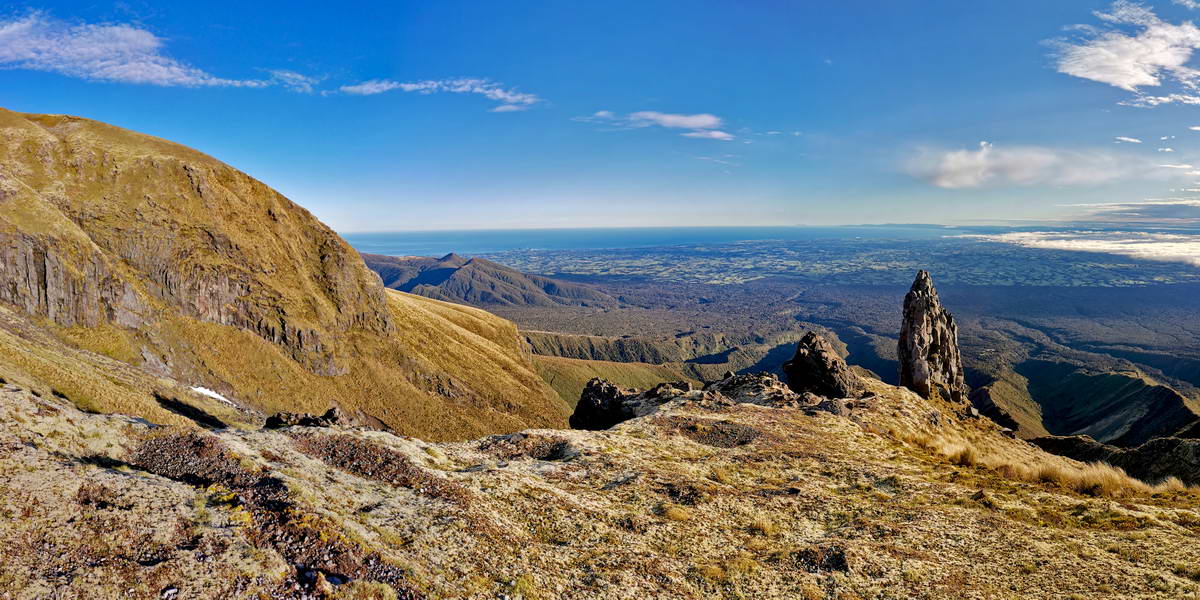 Looking down the ridge from above Humphries castle and out over Taranaki wi the moss slopes in the foreground. 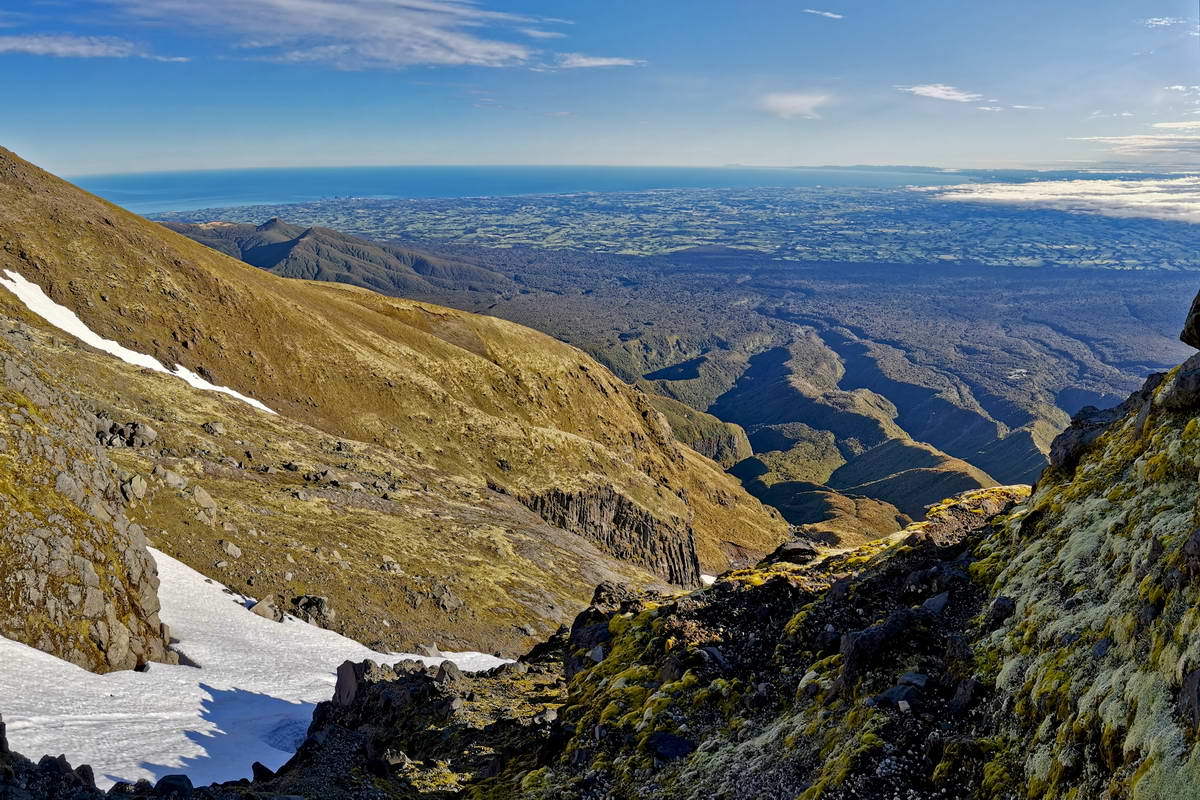 View of the Taranaki ring plain from about half way up. 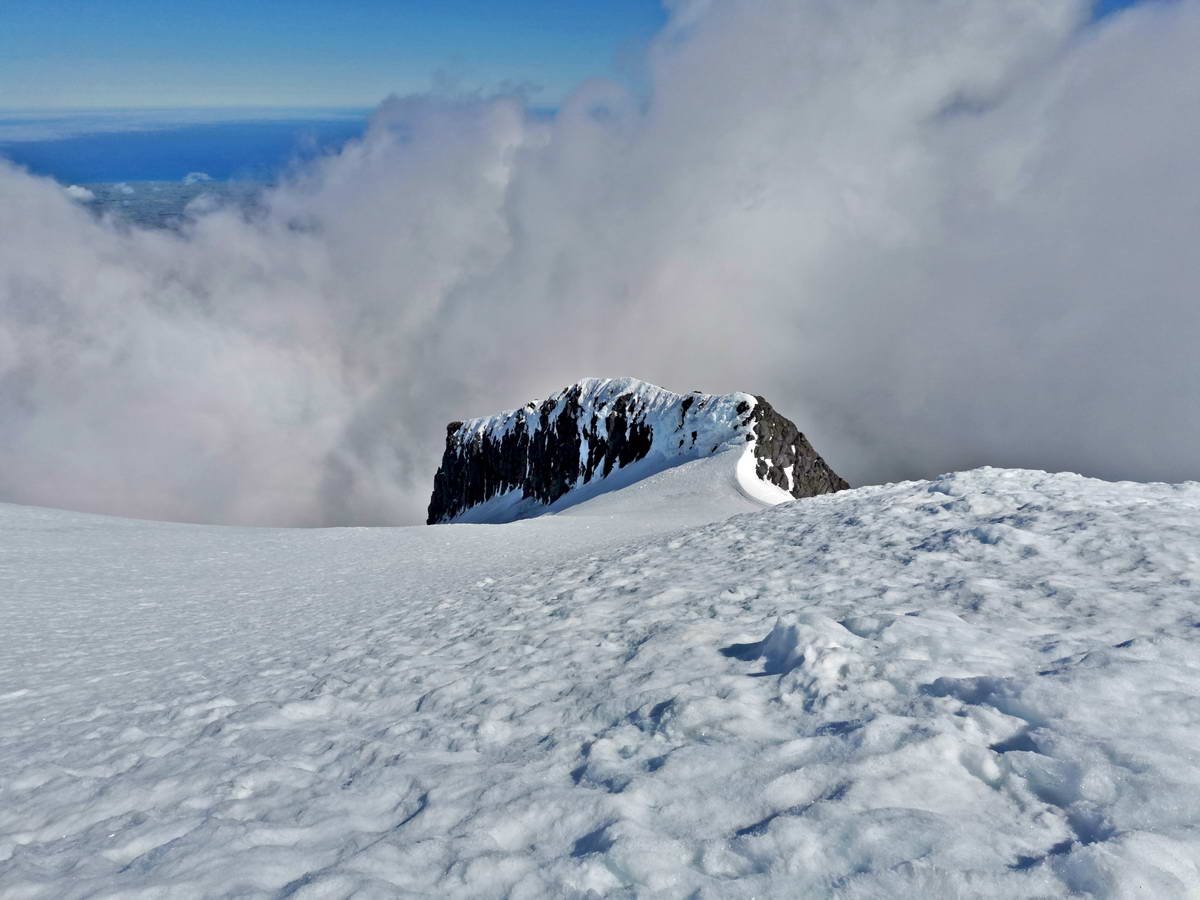 The nose of the Turtle - just clear of the cloud 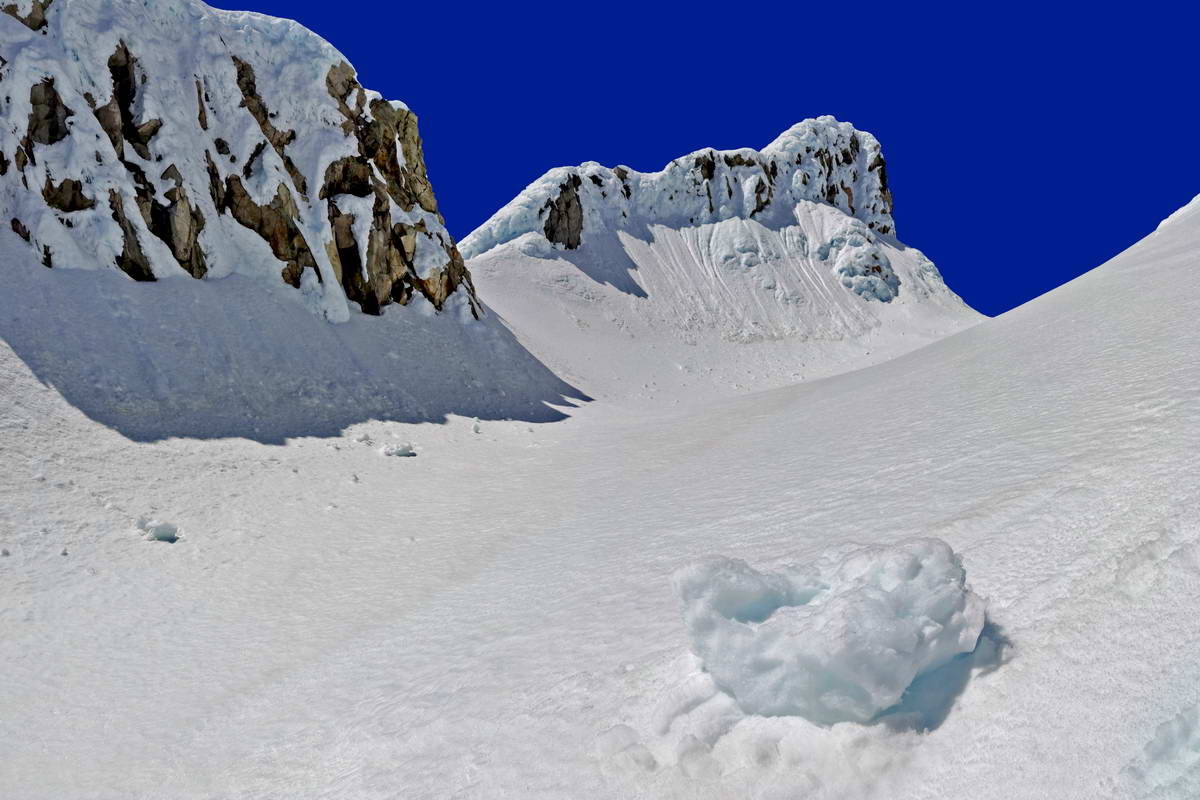 Sharkstooth from the base of the crater 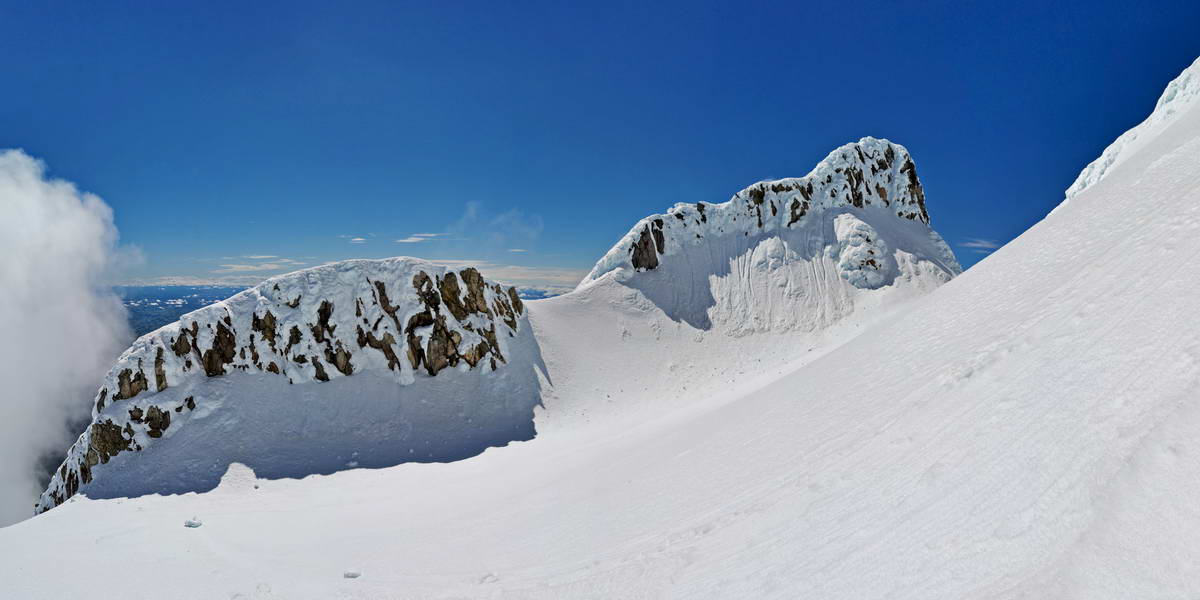 Sharkstooth from part way up the summit peak 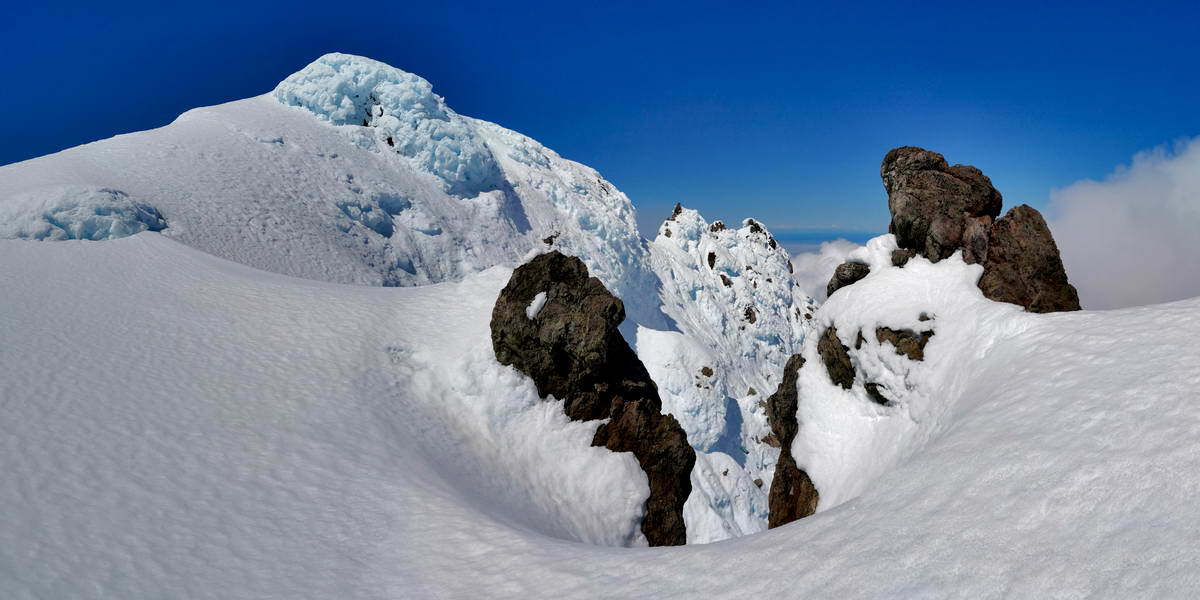 The summit peak to the left with summit rock covered in snow. The seven sisters are in the background to the right. 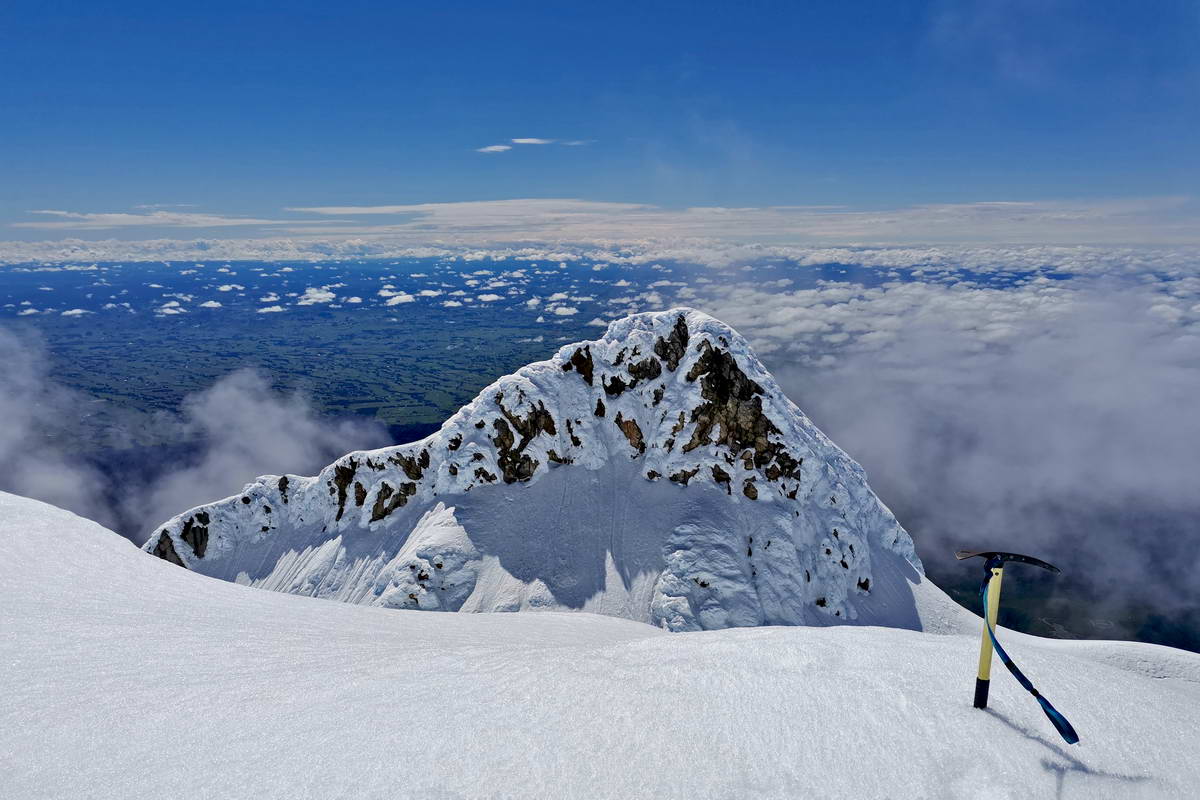 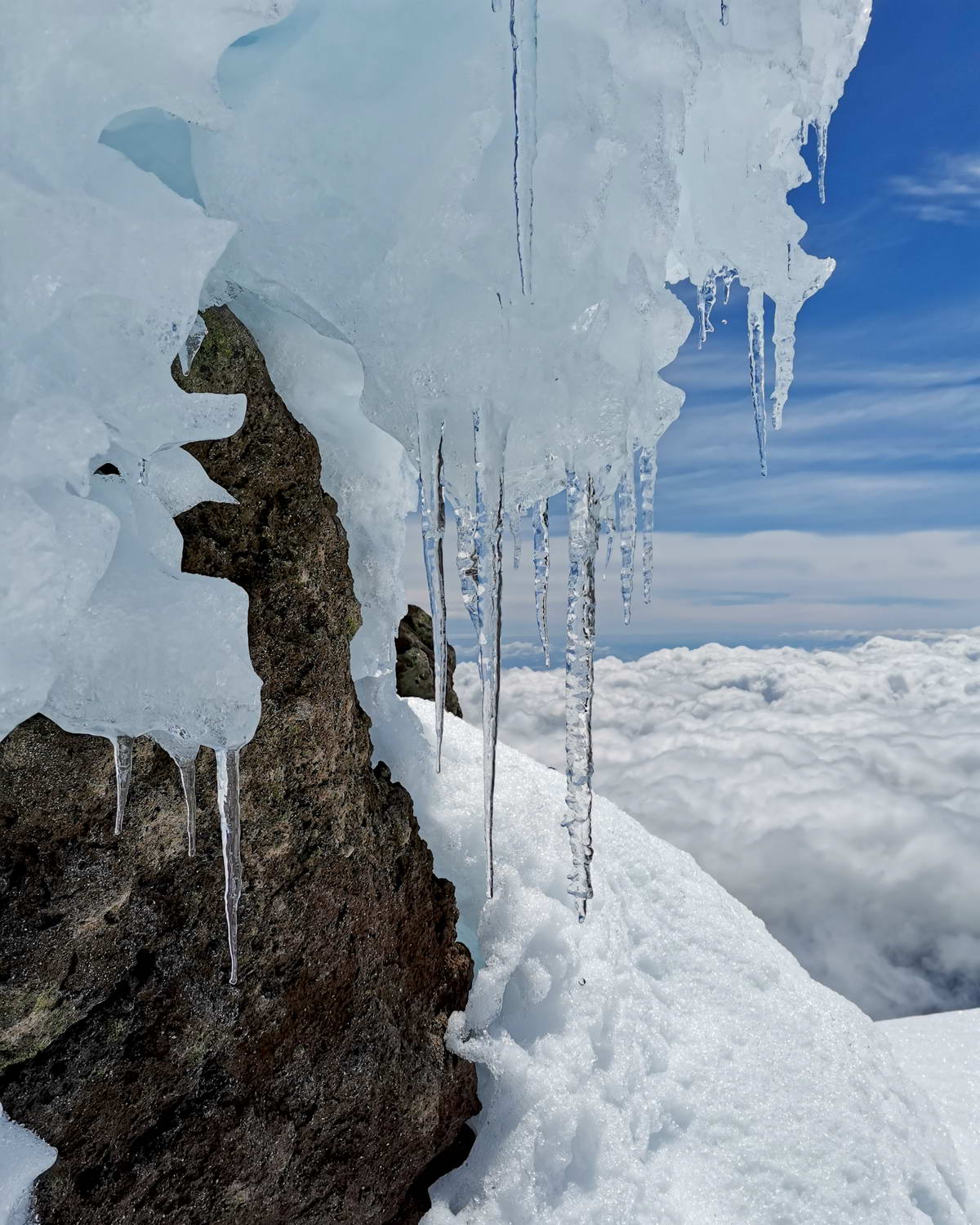 Icicles on the rocks at the top of Heberly Ridge 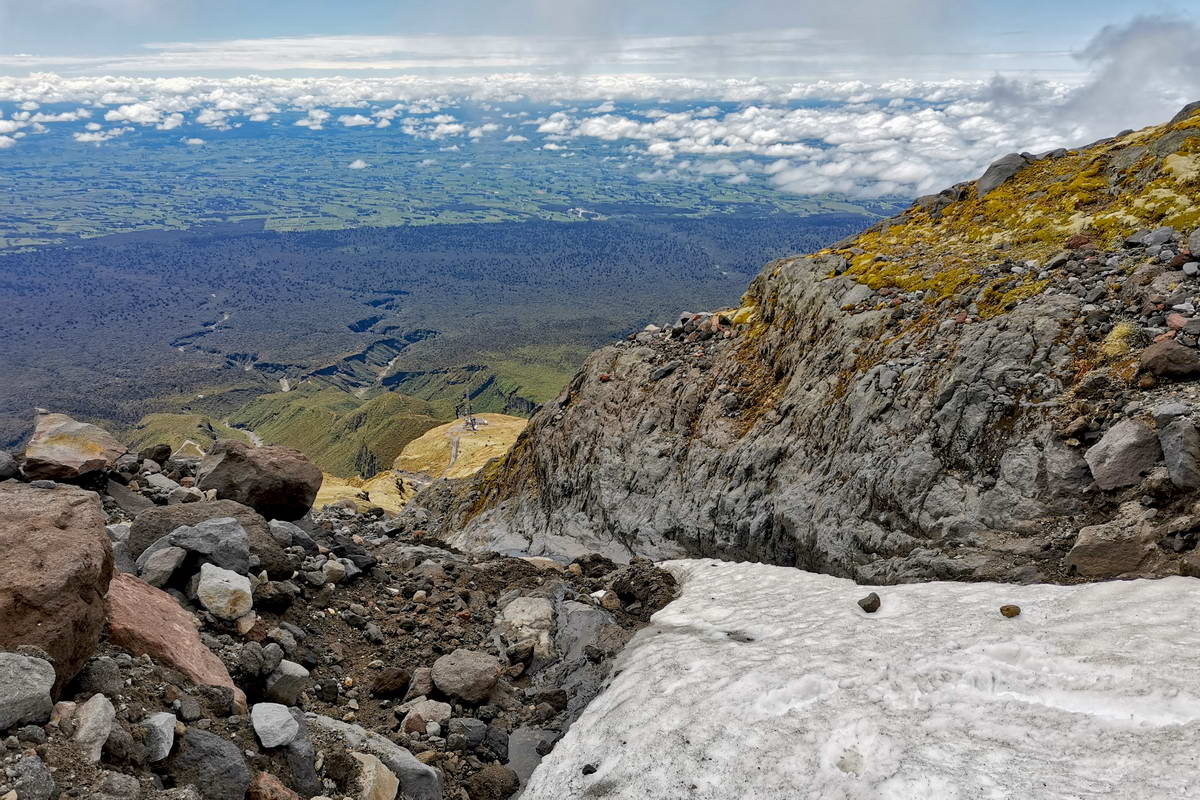 Looking down from the last tongue of snow at the base of snow valley over the Translater tower and Little Maketawa stream.