After having to abandon a summit attempt on Taranaki due to winter conditions (new snow down to 1300m), my daughter Sarah and her boyfriend were keen to do an evening tramp on the Pouakais to see Pouakai tarn at dusk.

When we left home just before 6:00pm there was still cloud over the mountain but it looked like there would be a good chance of it clearing up for the evening so off we went.  We set off into the bush at around 6:10 and made good time getting up to the hut at 7:40pm and then straight up to the Pouakai plateau for our first full view of the mountain - no cloud and no wind. 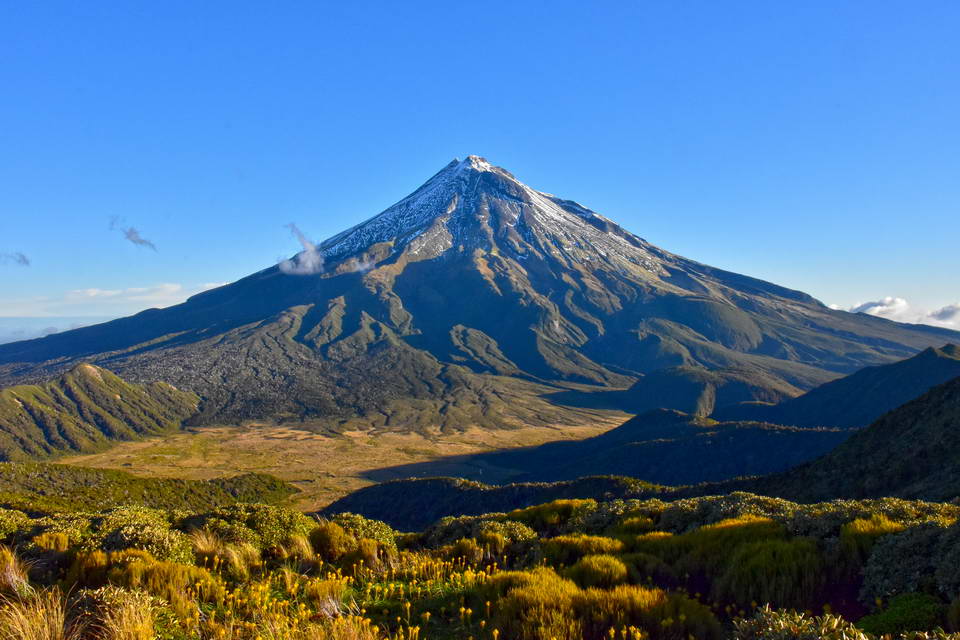 Taranaki from the Pouakai Plataeu 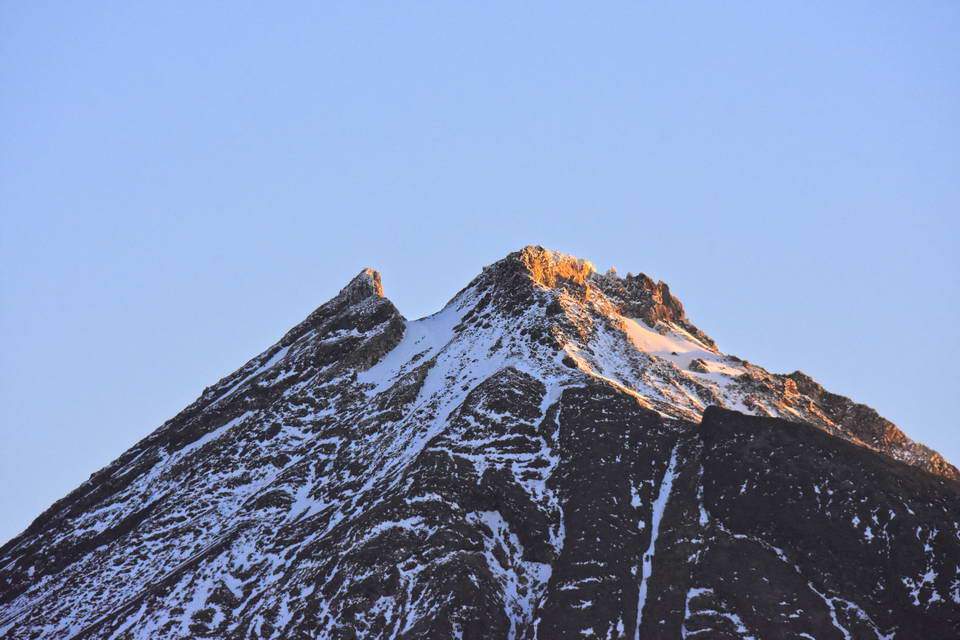 Taranaki Summit with a dusting of summer snow.

After a brief rest break we headed down to the tarn which was pretty still though there was a light breeze constantly rippling the surface so we had to wait patiently to get photos with the best reflection. The temperature was also dropping rapidly as the sun set so we all had to put on all the warm weather clothing we had. 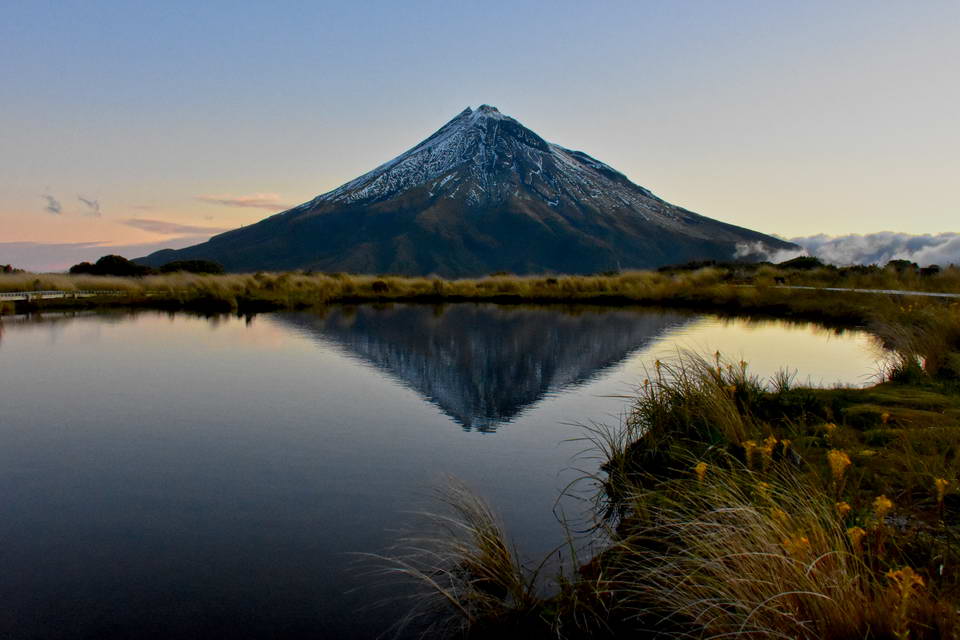 Wide angle shot with the last rays of the sun still lighting Maude (to the left) and Henry peaks. 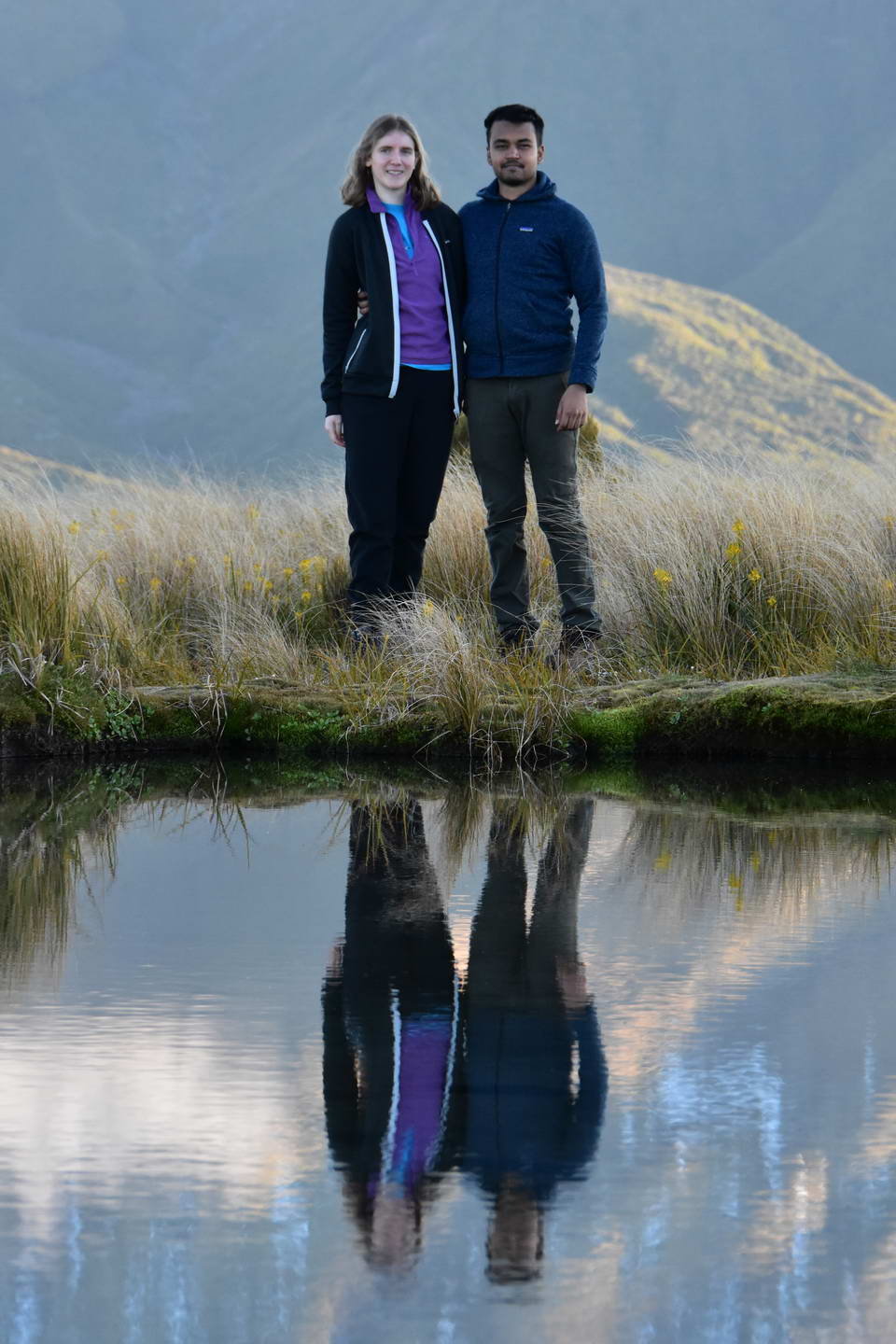 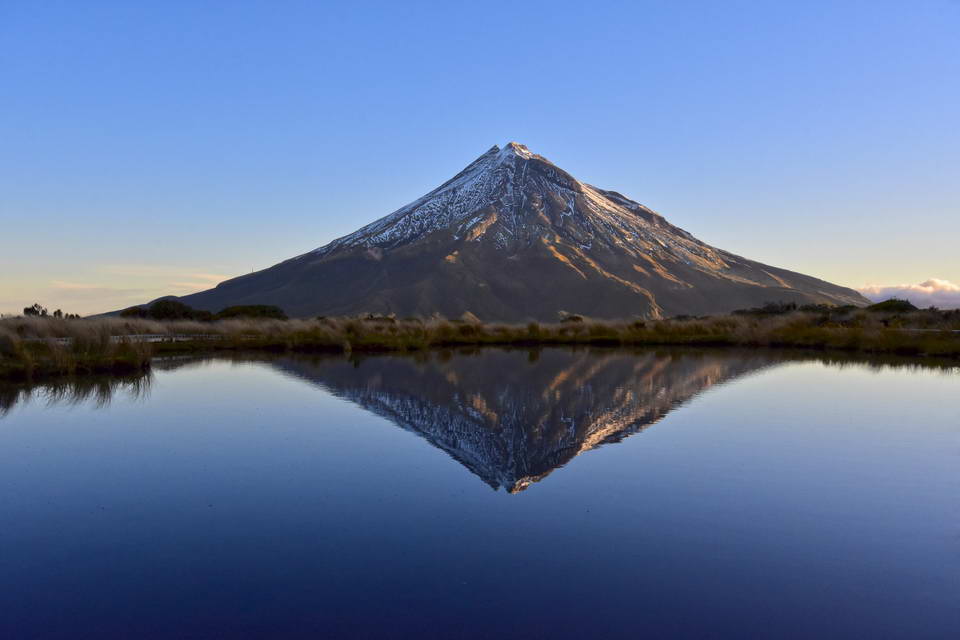 This was about the clearest reflection we got.

Just before sunset with the clouds lit up.

As the sun set in the west, the full moon rose in the east. 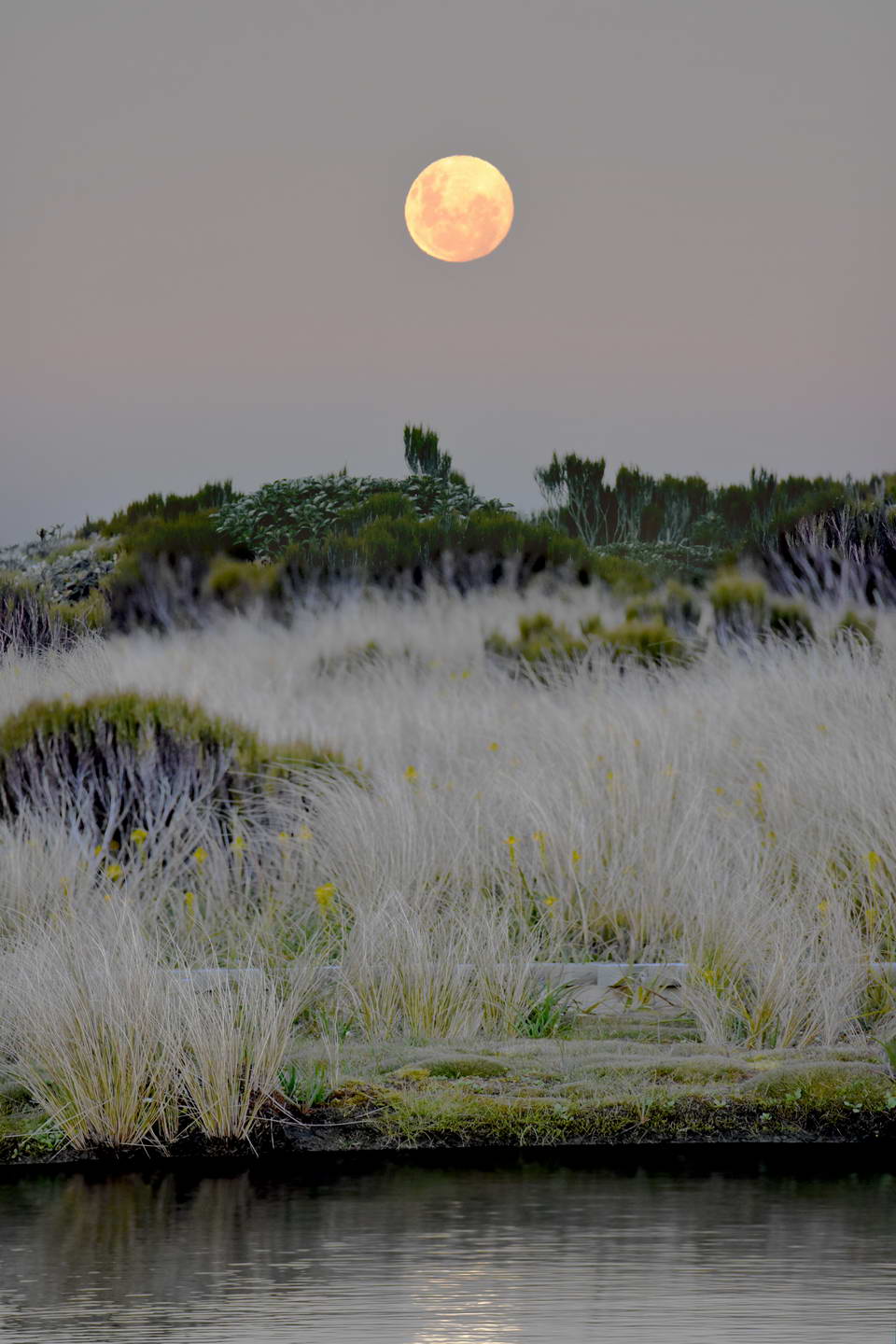 The breeze seemed to pick up a bit after sunset so we lost the reflection in the tarn. We eventually headed off from the tarn at around 9:30pm and stopped at the plateau on our way back to take photos of the mountain with the southern cross rising over its summit and of the New Plymouth city lights strung out along the coast. 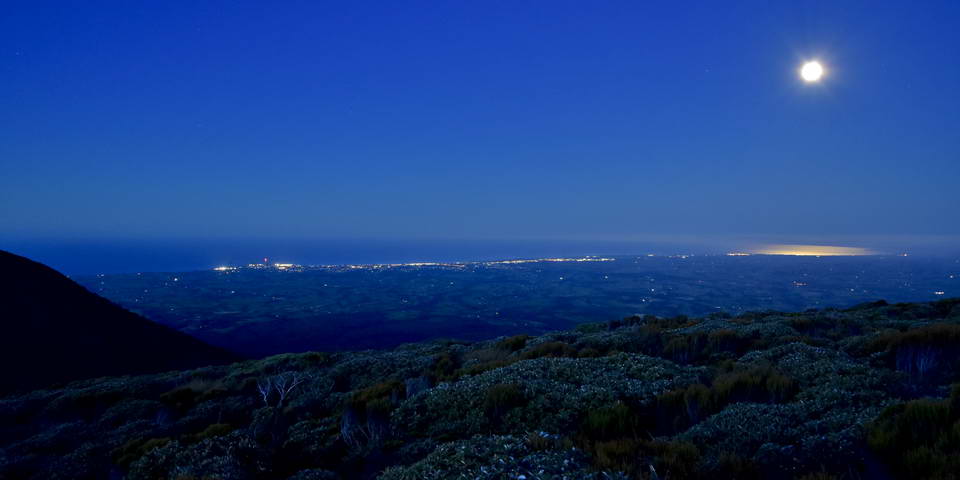 City lights stretching along the coast under the light of a full moon (or nearly full moon - I think it was one day off). 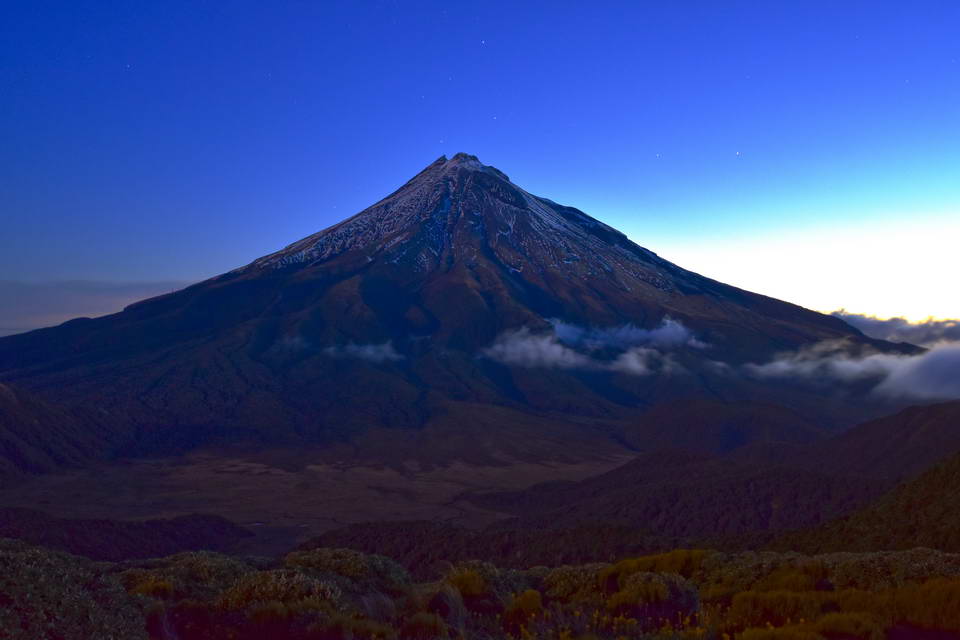 A dusk shot of Taranaki with the Southern Cross becoming visible hovering over the summit of the mountain. 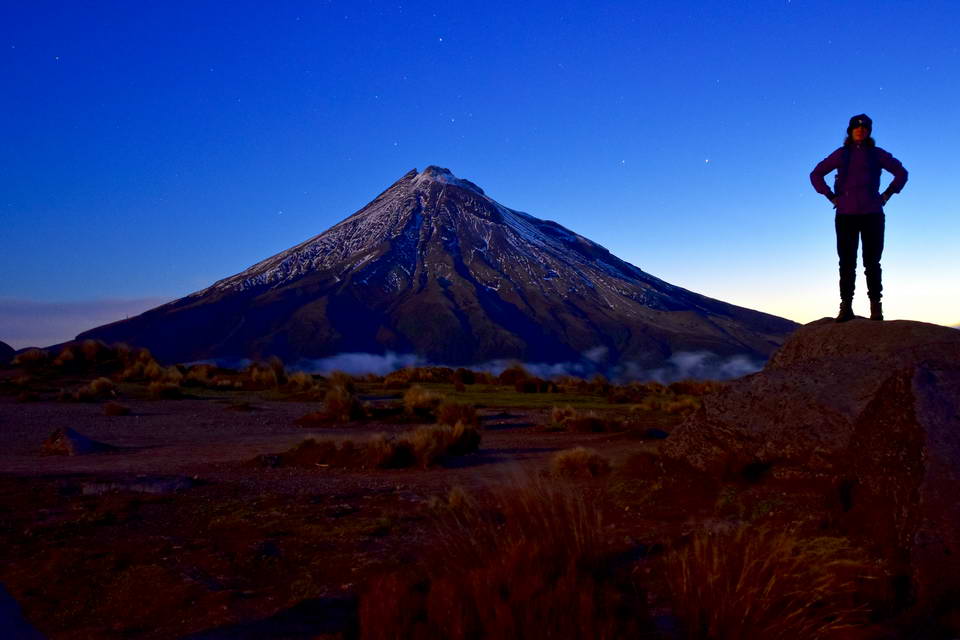 My daughter Sarah in silhouette.

We eventually headed off to return through the bush under torchlight at around 10:30pm getting back to our car at the end of Mangorie rd around 11:30pm.

Now silence and the soul
Growing in awareness
Tangible and real