We recently had a family holiday in Kaikoura. This is a trip I've been wanting to do for several years and was really looking forward to.  It had been years since I'd driven through Kaikoura on previous trips to Christchurch and the first time I'd been back since the Kaikoura earthquake.  On our way down we stopped at a winery for lunch in Blenheim and then took a small detour to visit Marfels beach which is the beach just south of the salt works. It's one of the beaches that had risen during the earthquake and a good place to collect shells. 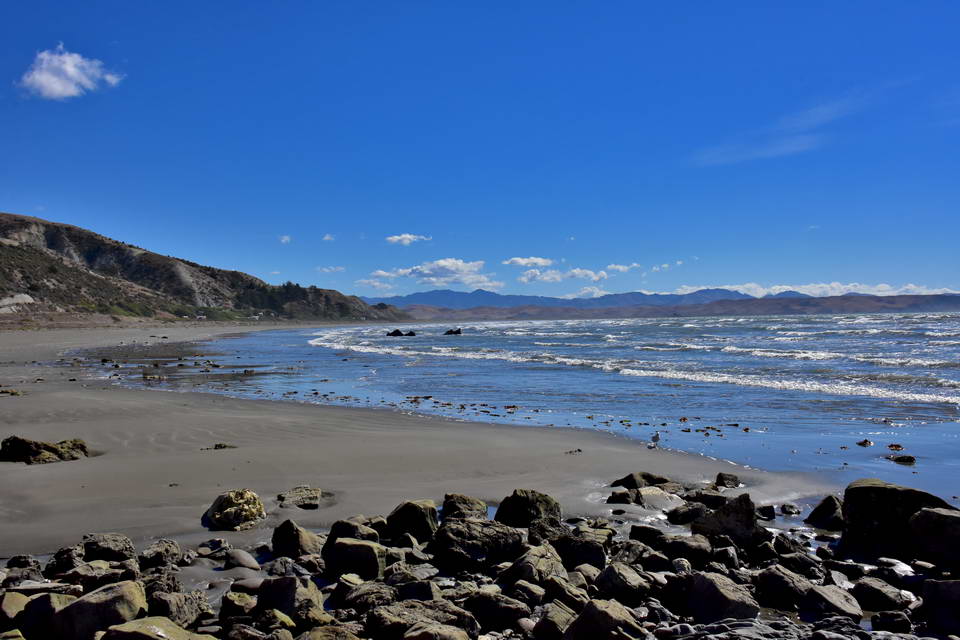 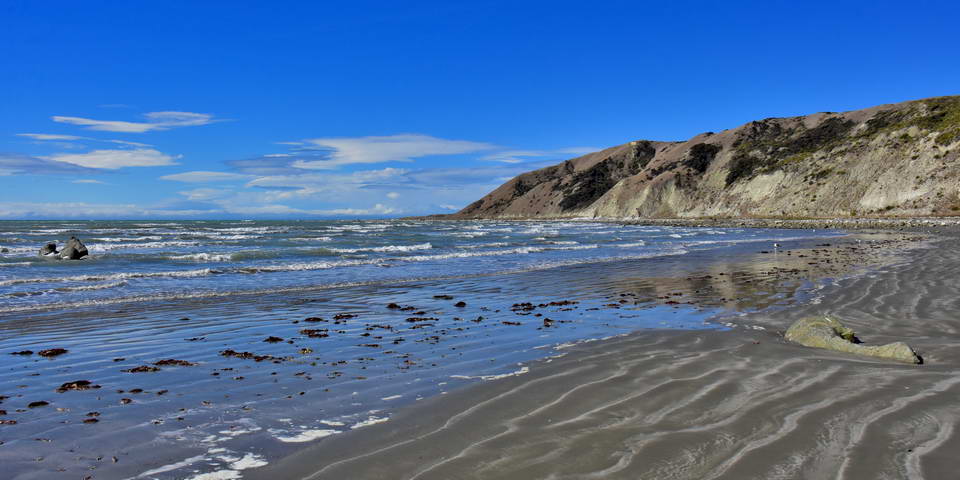 The road south to Kaikoura is very scenic with great views along the coast, rocky coves, coastal cliffs and seal colonies just off the edge of the road.  I was impressed by the way the road has been rebuilt since the earthquake and with the picnic areas and laybys with cultural carving and historical information. 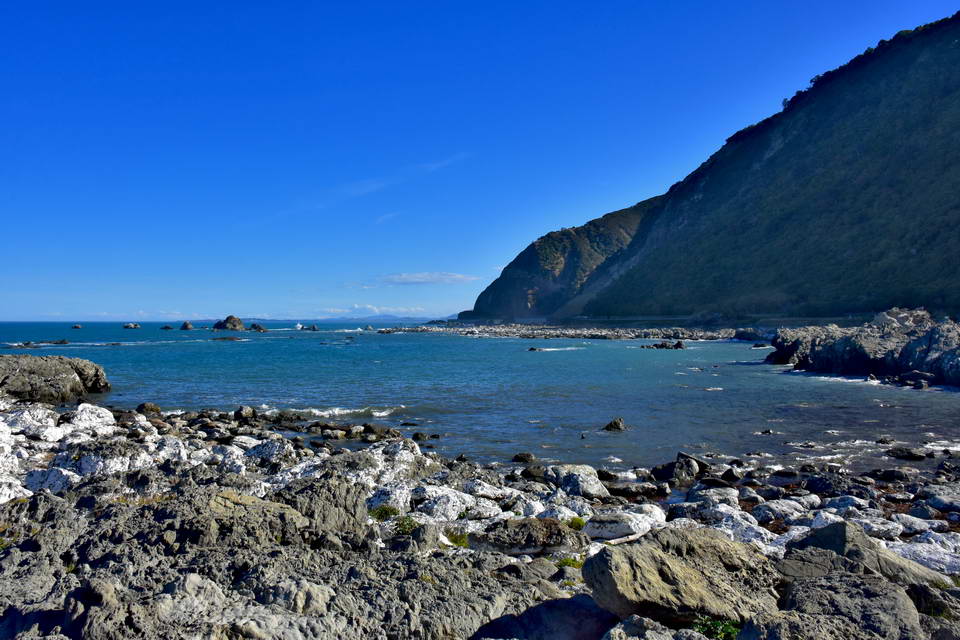 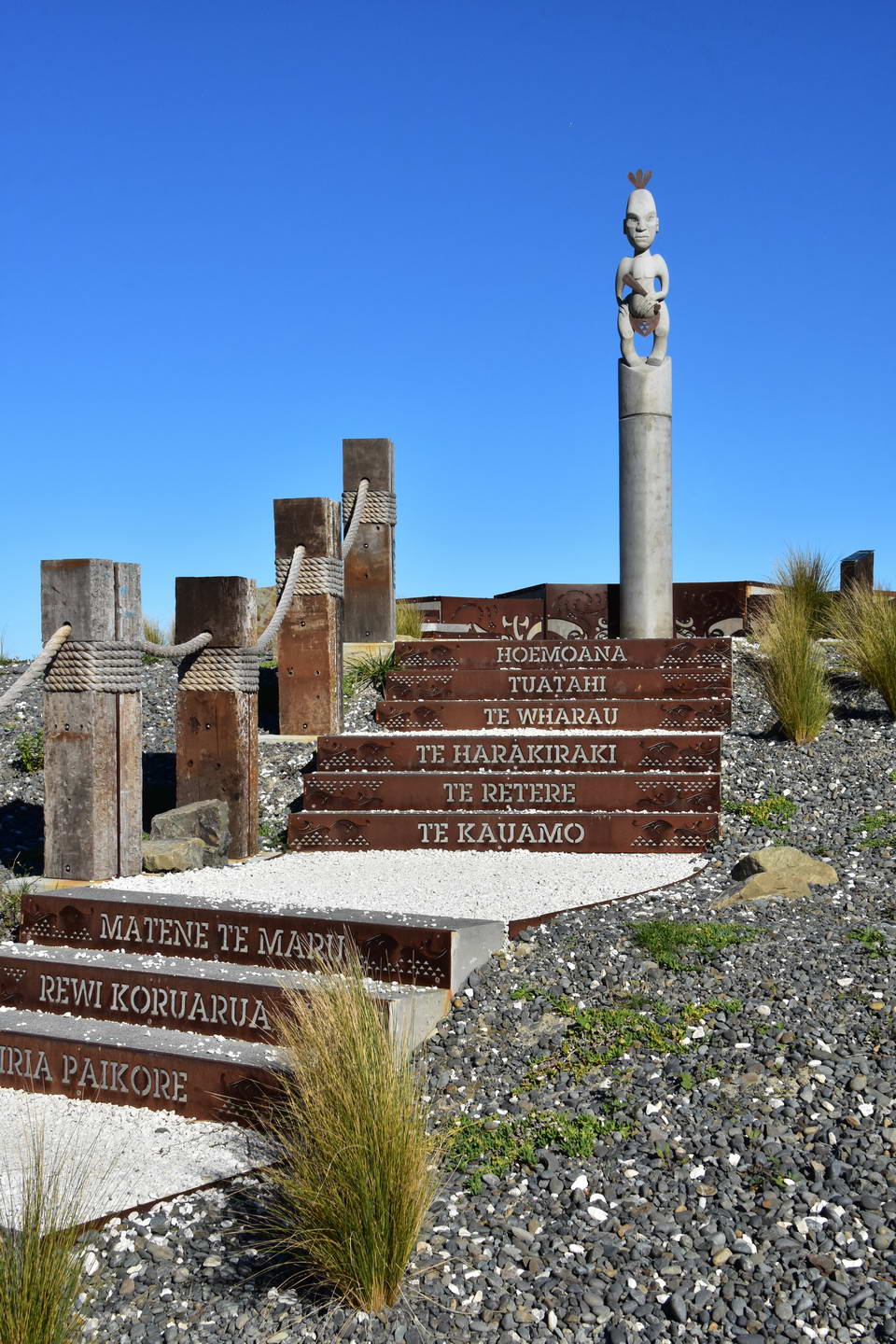 The viewing platform at Paparoa Pt.

We arrived at Kaikoura late afternoon with perfect conditions to enjoy the fantastic views of the coast and the seaward Kaikoura mountains. The views from the lookout point by the watertanks at the high point on the peninsula were just stunning. 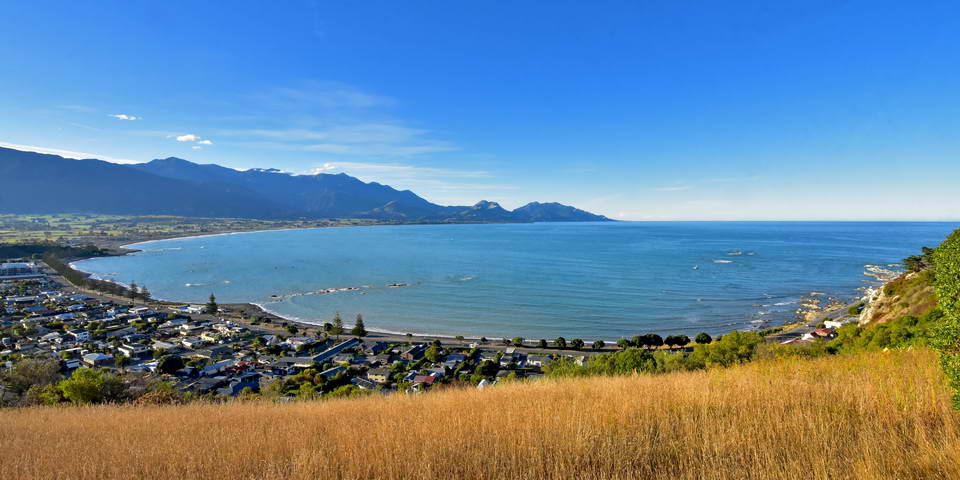 Kaikoura township and the view north 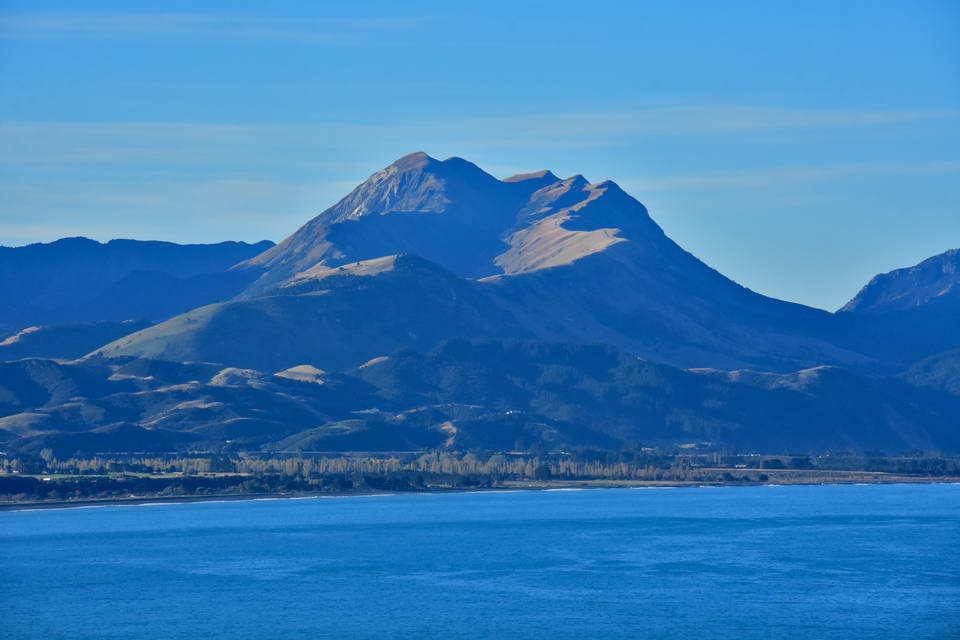 The distinctive shape of Mt Alexander

I headed back up to the lookout point at sunset and then again at midnight to get some night shots. 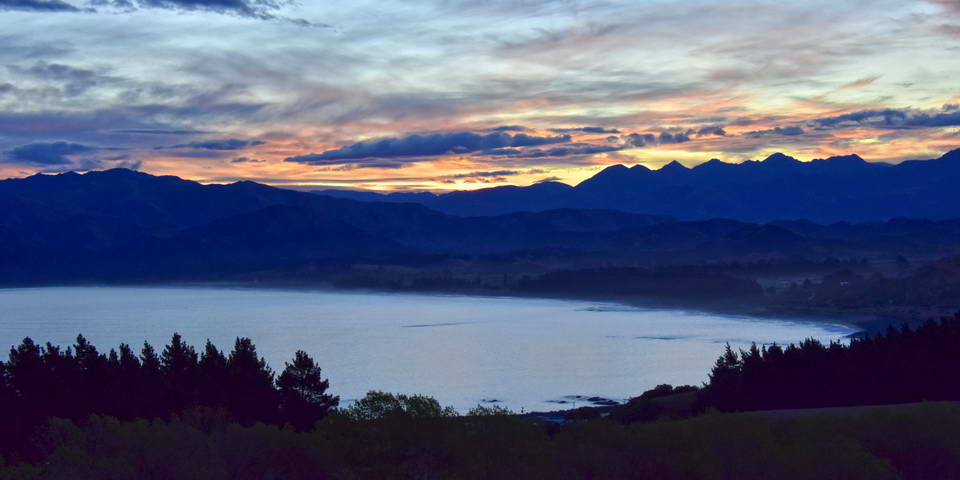 The South Kaikoura bay at sunset 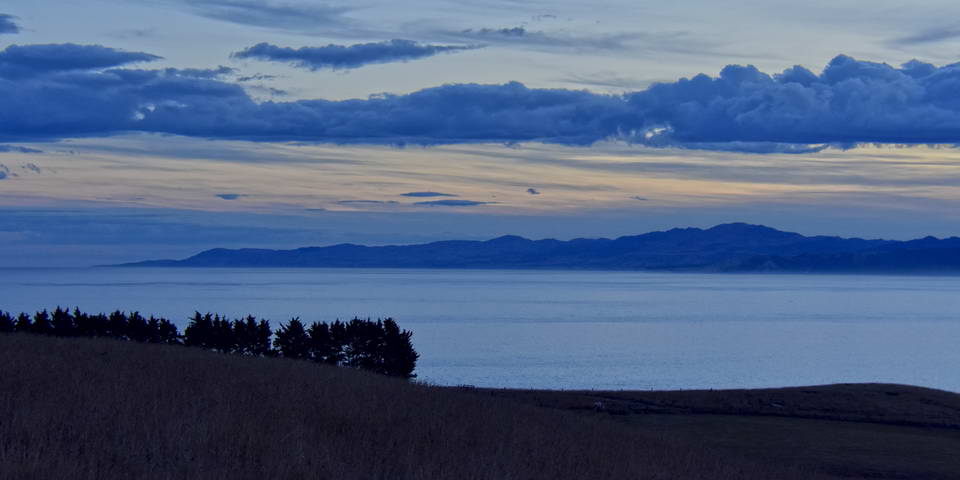 The view south at dusk 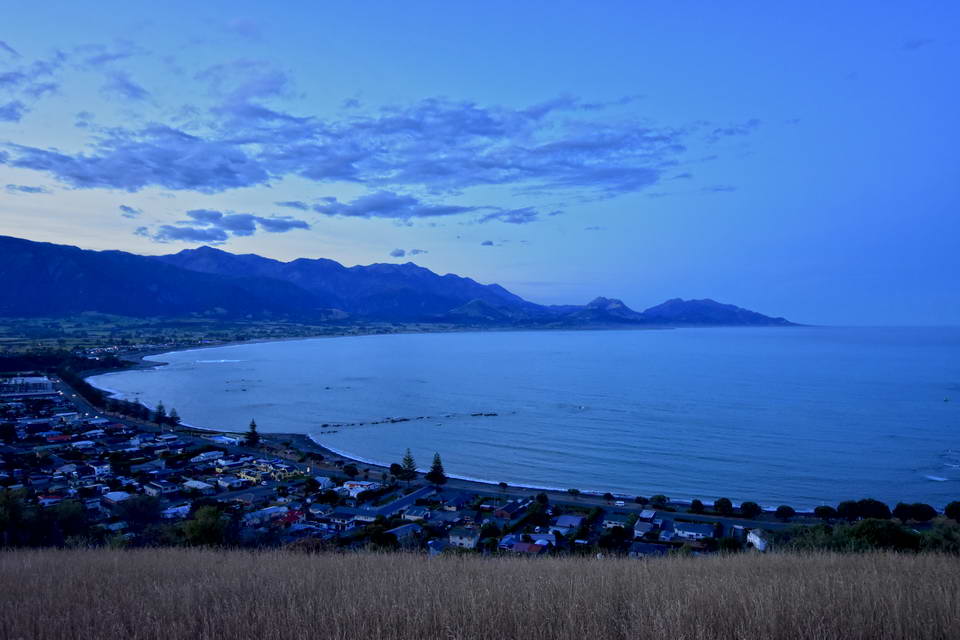 The view north at dusk from the watertank view point 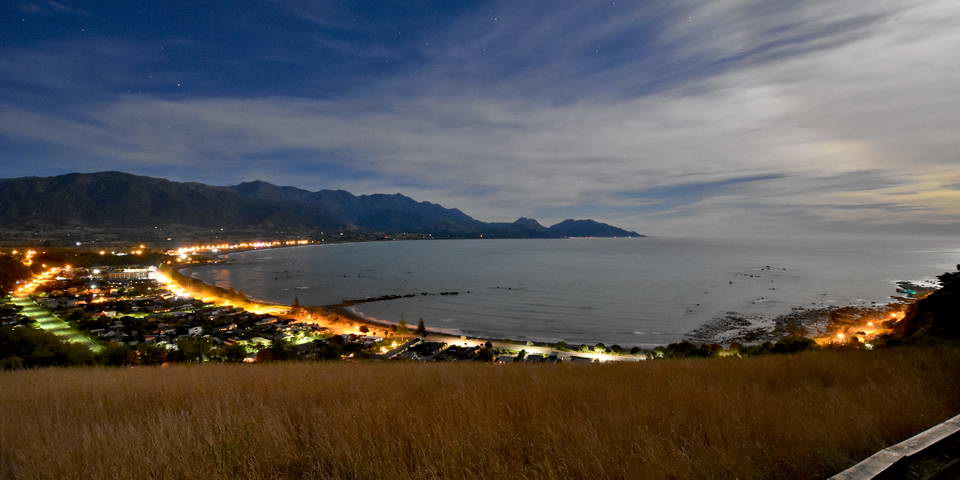 It was also a full moon on the night we arrived with the moon absolutely beautiful as it rose through the low cloud over the sea. 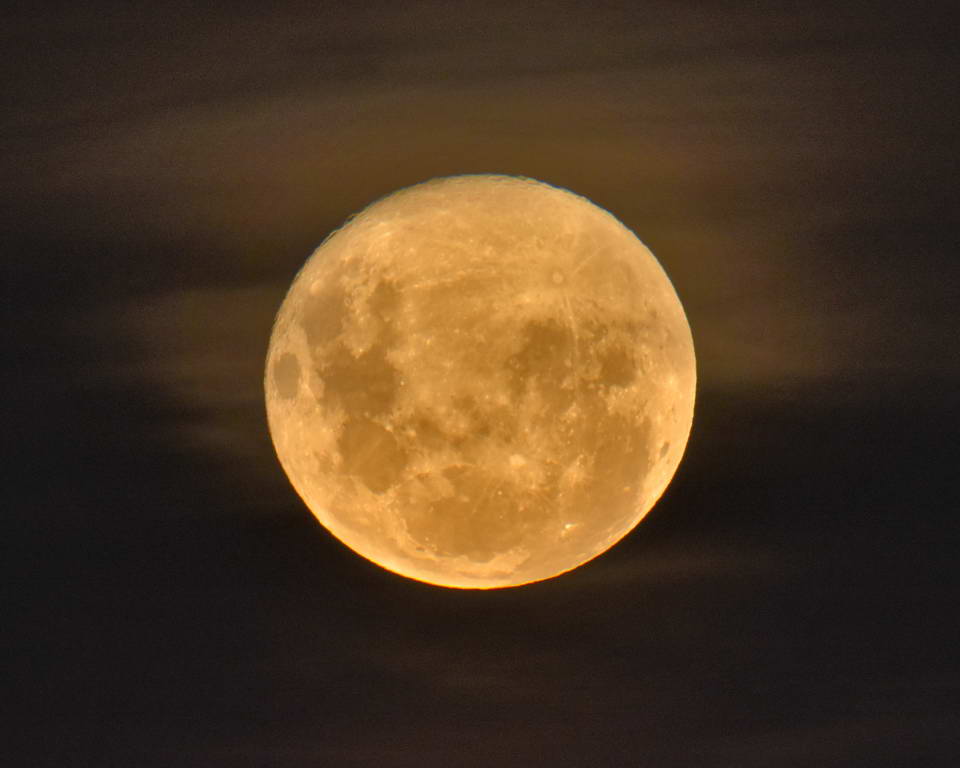 The coast around the Kaikoura peninsula had generally been lifted by approx 5m in the earthquake creating a huge change in the marine coastal environment and extensive reef areas no visible at low tide. There is plenty of bird life around the coast and a large seal colony on the southern coast of the peninsula. 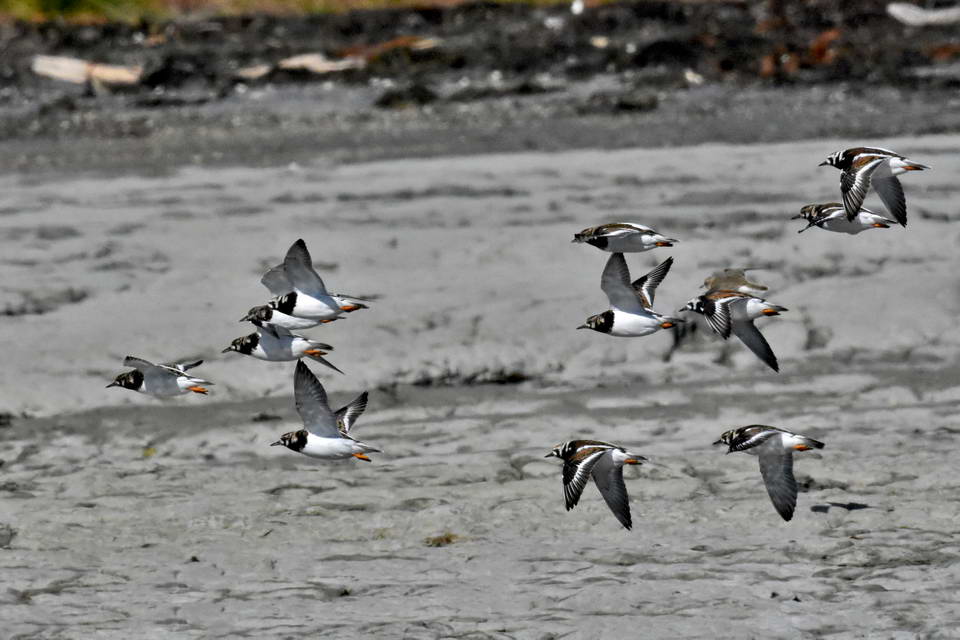 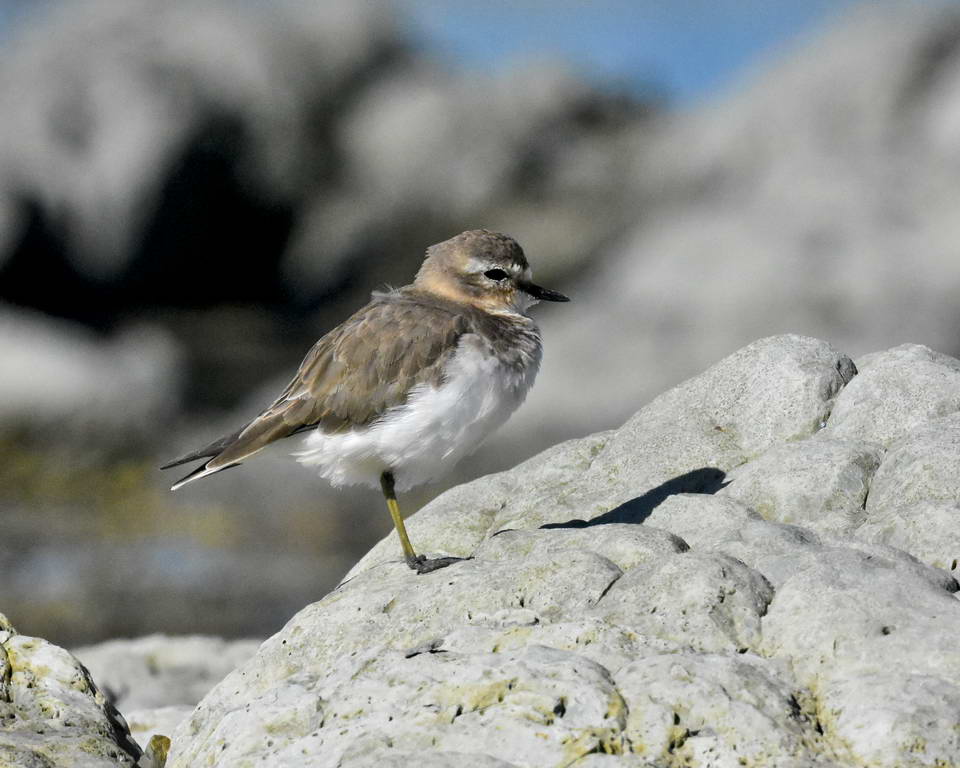 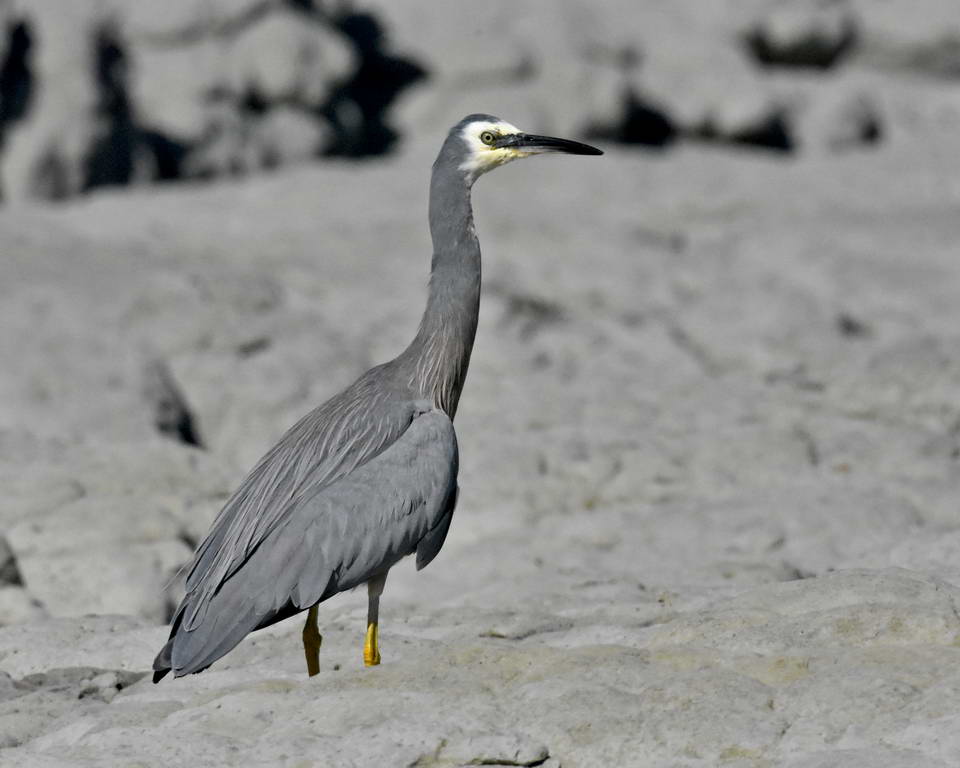 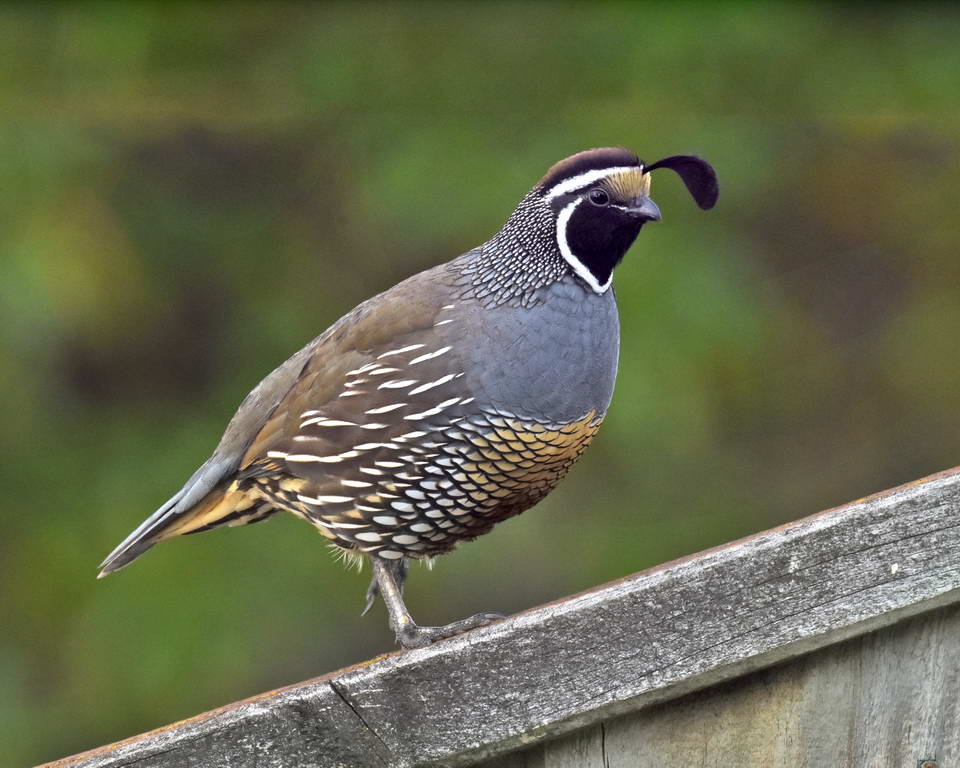 A Californian Quail on the fence at the house we were staying in. 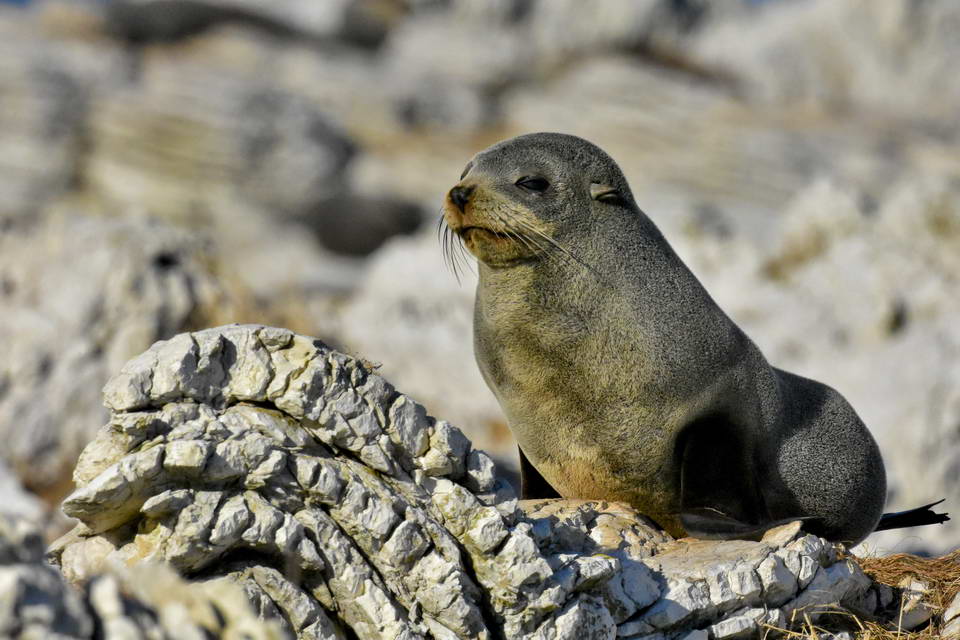 One of the highlights of our trip was whale watching.  We were extremely lucky to see a sperm whale doing some tale slapping (apparently this is quite unusual) for 5 to 10 minutes before eventually diving. THe boat then headed in shore ot he south bay and we encoutnered a pod of over 300 dolhin plus two humpbacked whales. I got some great shots of the sprem whale but didn't do too well wit the dolphins - I always seemed to be focused on the wrong ones as other dolphins leaped and jumped at the corner of my eye but never when I trained my camera on them. We also saw several albatross and mollymawks and large flocks of shearwater but only while the boat was traveling so wasn't able to get any decent photos of the marine birds.

The whale watching was trip was well worth it i would thoroughly recommend it. 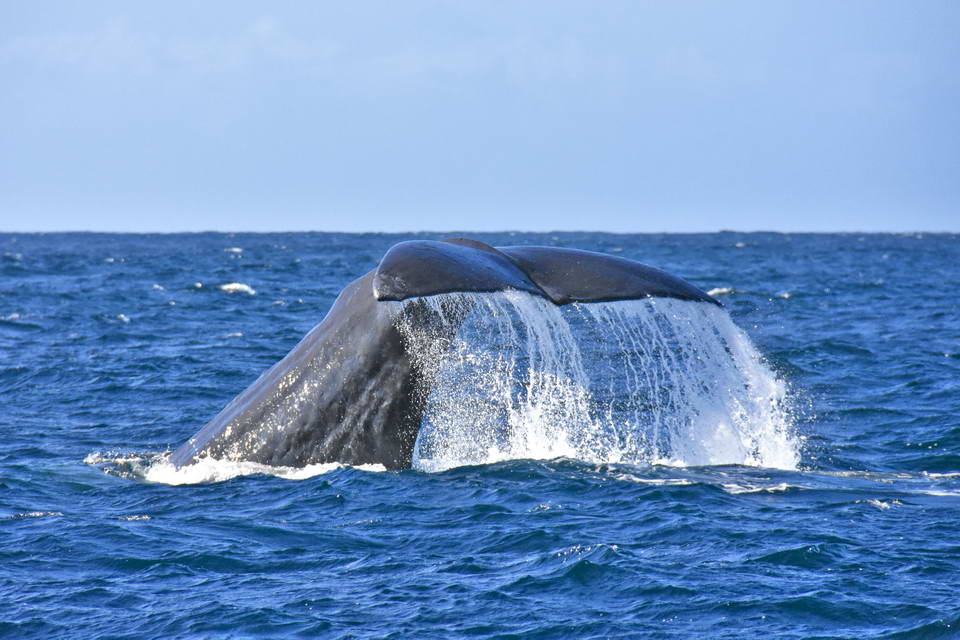 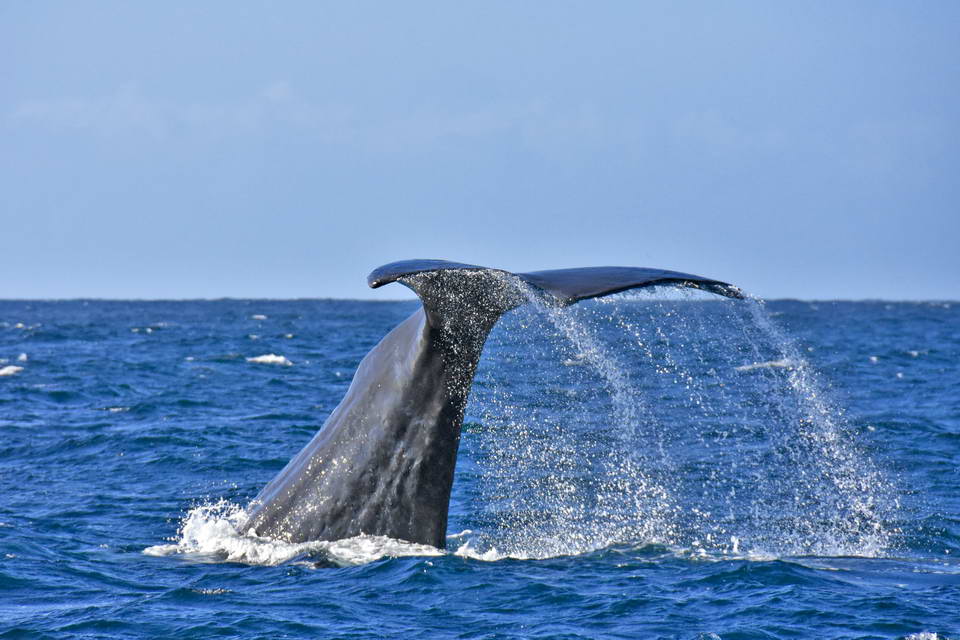 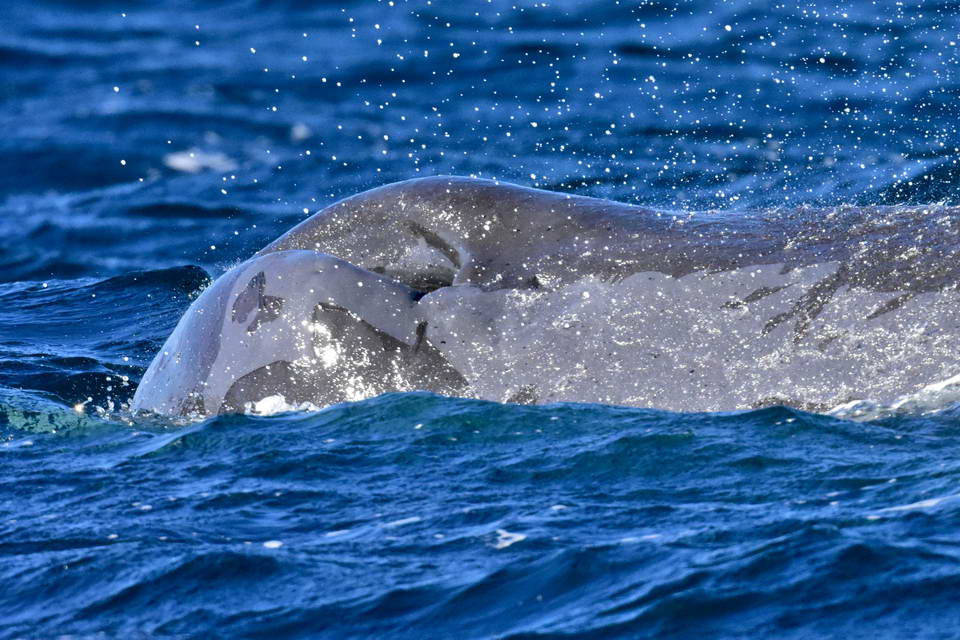 This is the head of the sperm whale showing the blow hole. 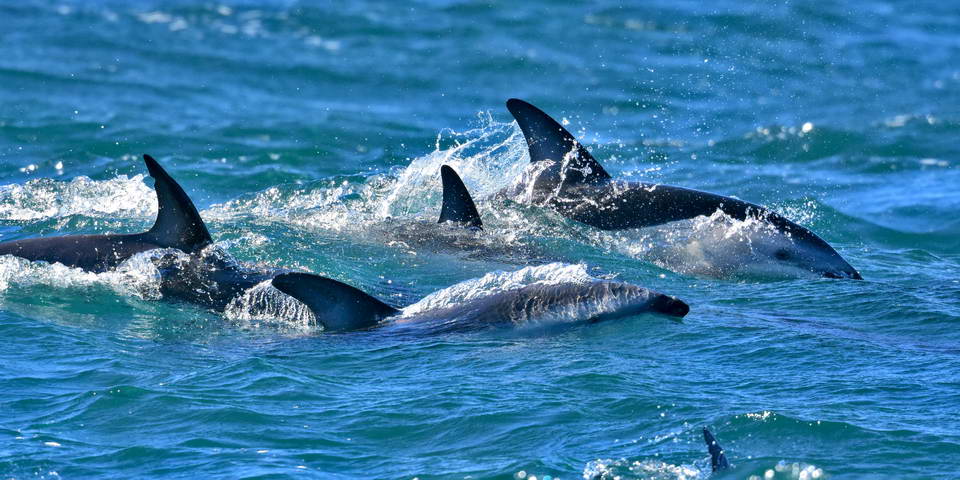 About the best shot I got of the Dolphin.

There were several mornings when we had spectacular sunrises and I was often up and out early with my camera. 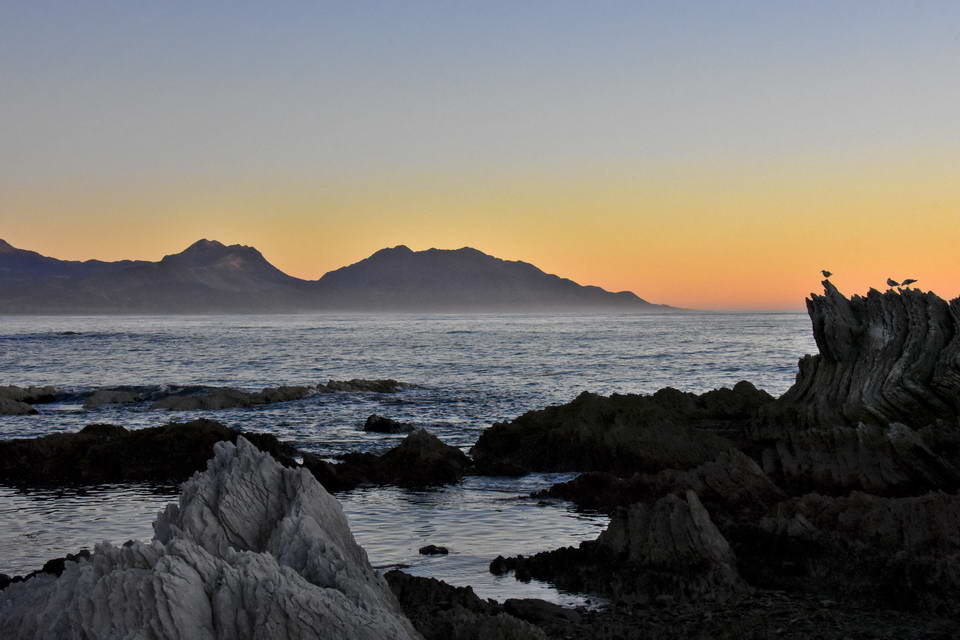 Sunrise from the coast at Fyfe Quay.

A dawn panorama from Fyfe Quay. 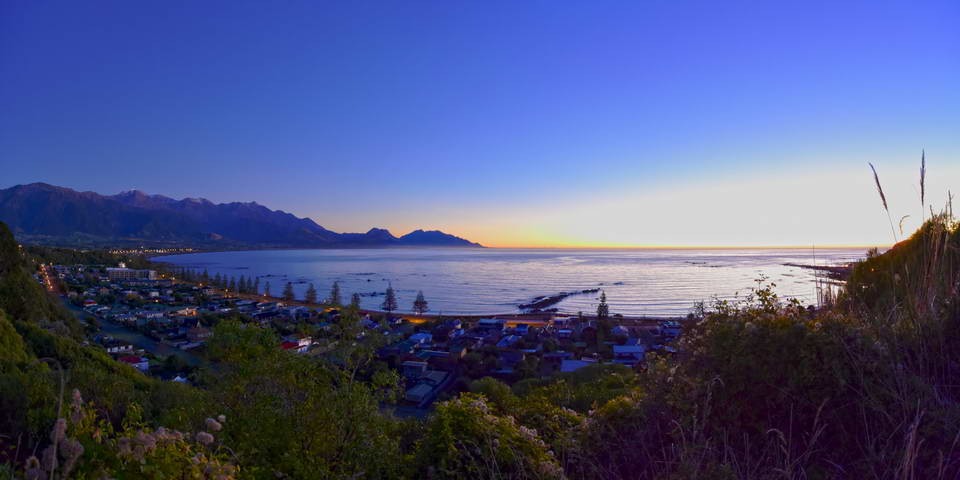 A pre dawn shot from the Pa site on top of the peninsula. 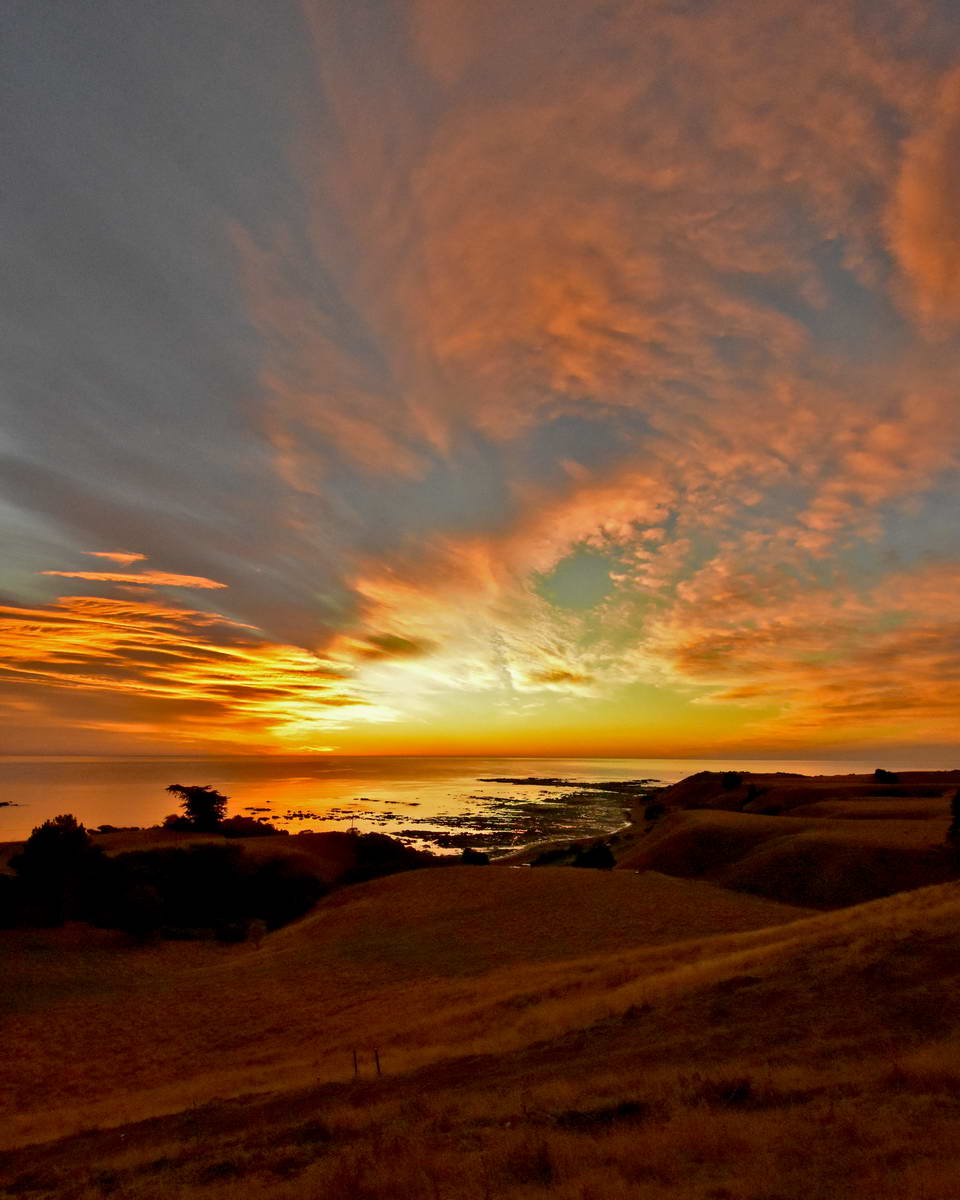 A final brilliant sunrise - this was on the morning that we left.